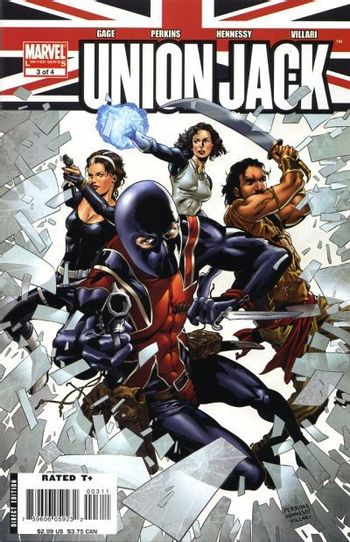 "In the past, Union Jack was a man to reckon with, but this... this is a man to fear."
— Arabian Knight
Advertisement:

Union Jack was a 2007 Marvel Comics mini-series written by Christos Gage and drawn by Mike Perkins, in which the titular hero, Britain's champion, teams up with three other heroes (Contessa, Sabra, and the Arabian Knight) to battle an army of supervillains who are trying to launch an attack on London.