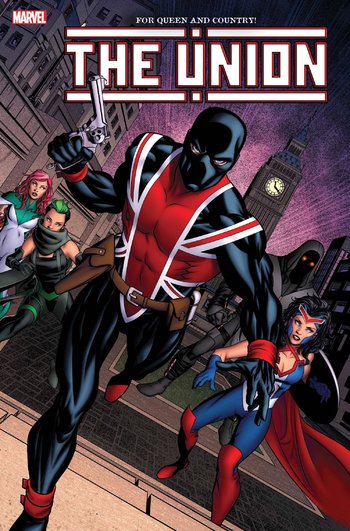 For Queen and Country!
Advertisement:

The Union is a 2021 Marvel comic book written by Paul Grist, with art by Grist and Andrea Di Vito.

Britannia, Britain's greatest superhero, has decided now is the right time to finally form a superhero team made up of superheroes from all four nations of the United Kingdom:

Unfortunately, their first mission (which is really just a recruiting drive) is interrupted by an invasion of symbiote dragons. The team manages to fight one-off, but Britannia is killed, leaving Union Jack in charge.

And boy does he not want to be.

Tropes found in The Union: