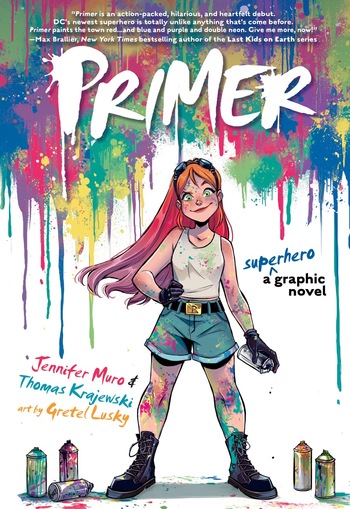 Primer is a 2020 DC Comics graphic novel for kids. It is written by Jennifer Muro (Star Wars: Forces of Destiny) and Thomas Krajewski, and illustrated by Gretel Lusky.

In Washington D.C., troublemaking daughter-of-a-criminal Ashley Rayburn seems to have found her most recent set of very temporary foster parents, Yuka and Kitch Nolan. Unlike the others, however, the family quickly comes together like the perfect picture. But when Ashley finds Yuka's secret collection of superpower-inducing bodypaint, trouble may be after her this time...

Not to be confused with the film Primer.