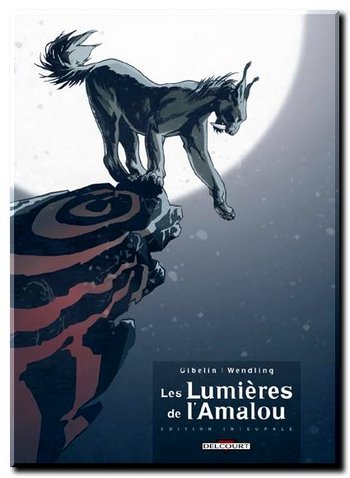 Les Lumières de l'Amalou is a five-part comic series written by Christophe Gibelin and drawn by Claire Wendling. Andréa and Elwood, two anthropomorphic ferrets, are flying in an old plane when imprudence makes them crash on an island amidst a river, populated by ferrets (like themselves) and the human-like "Transparents." First caught in the feud between the two species, the two friends soon get involved in problems that go as deep as the origins of the world itself.
Advertisement:

… along with a compilation of all five books in one, published in 1997.