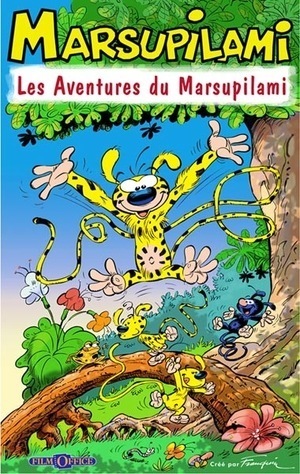 This article is about the Franco-Belgian Comics titled Marsupilami and their Animated Adaptations. For the series they originated from, see Spirou and Fantasio. For the Disney cartoon, see Marsupilami. For the character himself and his franchise, see Marsupilami.

In 1987, Franquin, creator of the Marsupilami, decided to found his own publishing company, Marsu Production, and launched a spin-off comic about a family of marsupilamis, unrelated to Spirou's pet. They too started in Spirou and Fantasio, being the subject of a documentary within the series in the album Le Nid des Marsupilamis (The Marsupilamis' Nest). Mainly drawn by Franquin's assistant, Batem (Luc Collin), the series counts 31 albums in 2017 and is geared toward a younger readership than Spirou and Fantasio.

In 2000, an Animated Adaptation was made by Marathon Media, a French production company. Much closer to the original than the Disney one in the first season, it was rechristened My Friend Marsupilami for the second season and centered upon a French human family that came to live in the middle of the Amazonian forest to study the marsupilamis. Another two animated adaptations came out years later, Houba Houba Hop! in 2009 and Our Neighbors the Marsupilamis in 2012.

Tropes specific to the Marsupilami comics and the French cartoons: