Characters from the All-New Ultimates, the successors of The Ultimates in the Ultimate Marvel universe. 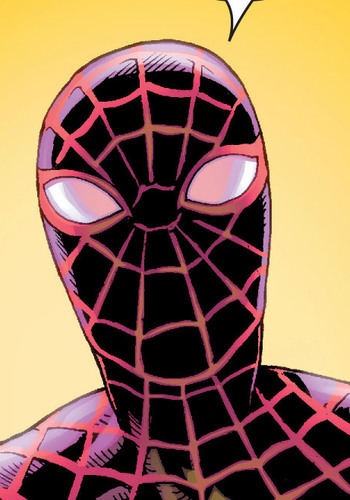 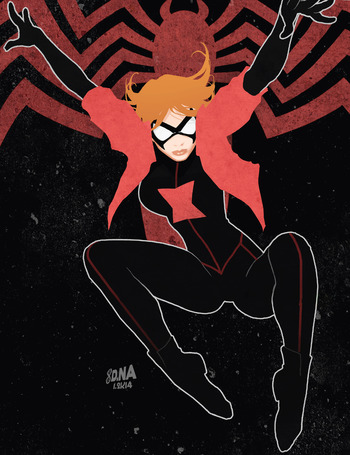 Initially Spider-Woman, Jessica Drew is the female clone of Peter Parker, the only surviving clone of several that the late Otto Octavius made of him. As a former S.H.I.E.L.D. agent, she is the most experienced member of the team, and work as their leader.For tropes, see here
Kitty Pryde
One of the last surviving members of the X-Men, and mutantkind in general, Kitty Pryde has long known hate, rejection and prejudice. But now, after saving the world by tackling Galactus, she's suddenly a beloved celebrity, and does not know how to cope with that.For tropes, see here
Lana Baumgartner / Bombshell II 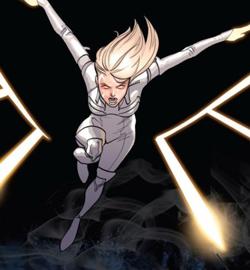 A blonde haired girl who attends Midtown High school. Initially, she was more or less a cameo in Vol. 1. The character was only shown indirectly as there was someone running for Midtown High's School Student Council President and won. In vol.2, she finally makes an appearance proper... and turns out to be mutant hating jerk. After Peter's death, she meets a boy named Tyrone Johnson, with whom she immediately hits it off. After 6 months of dating, Tandy and Ty wind up in a car accident on their way to prom. Roxxon then faked their deaths and experimented on them.
Tyrone Johnson / Cloak 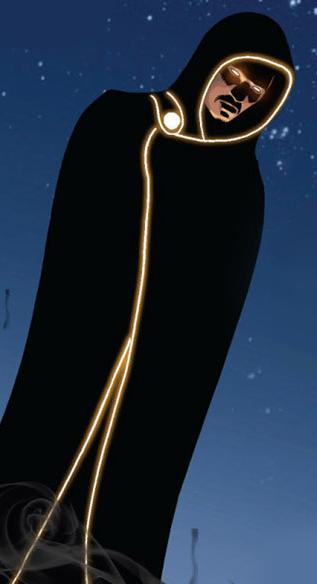 A Student Council President from Forest Hill High School, he met Tandy while working at Burger Frog after Peter's death. Six months after Miles retired as Spider-Man, he and Tandy were on their way to Prom, until a car accident left them both in comas. Roxxon then faked their deaths and experimented on them, resulting in them waking up with their powers.
Advertisement:
Scourge
A violent vigilante that solves the mafia war the swift way: by killing them. 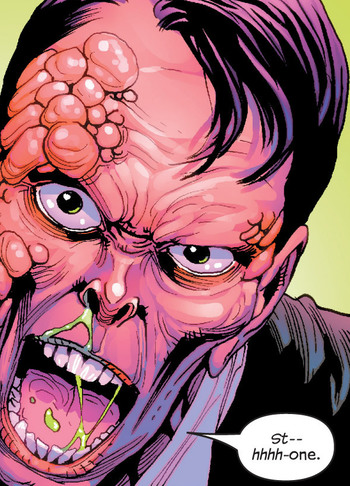