The initial Beta Outfit of Matt Murdock
The guardian of Hell's Kitchen, and a constant thorn in Wilson Fisk's side, Matthew Murdock is a practicing attorney by day, bad-tempered vigilante by night. Really, really bad-tempered.
Advertisement:
Elektra Natchios 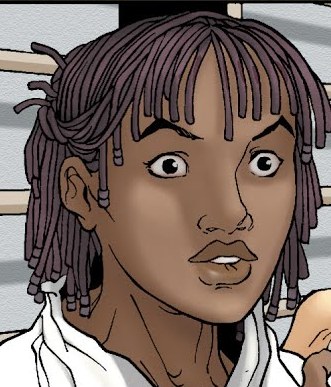 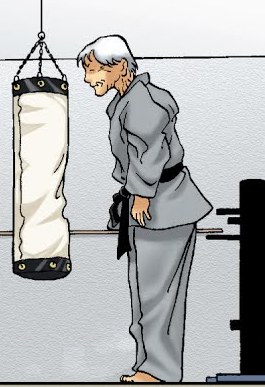 The sensei of Elektra. She also trained Phoebe and Melissa in her dojo.
Foggy Nelson
Matt's best friend and roomie.
Advertisement:
Stavros Natchios
Trey Langstrom
The jerk jock of the campus. His father is an influential politician, who makes sure that he is never punished by the college or the police.