Characters from the Ultimate Marvel universe, largely related to space. 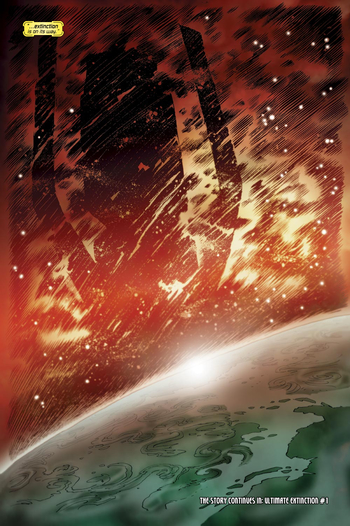 Is it a bit cloudy? Fine. Because nothing may see Gah Lak Tus and survive.
A robot hive mind that roams the universe, destroying all worlds with intelligent life in its path. No world had survived it, ever. Until he got to planet Earth: it sustained 20% damage to its total mass, and that scared it so much that it escaped the hell outta here.
Advertisement:
The Vision 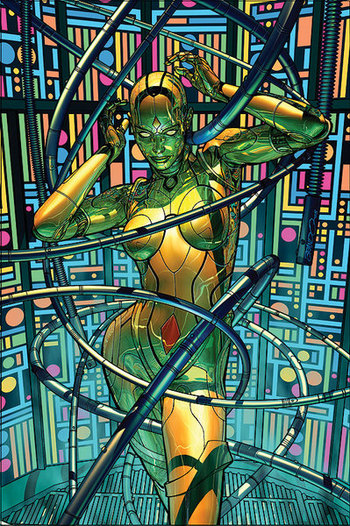 A robot created in an alien world, with the single purpose of warning the worlds about the coming of Gah Lak Tus, the great destroyer. Her help allowed the heroes of Earth to drive Gah Lak Tus off, a feat that had never been done before.
Captain Mahr-Vell 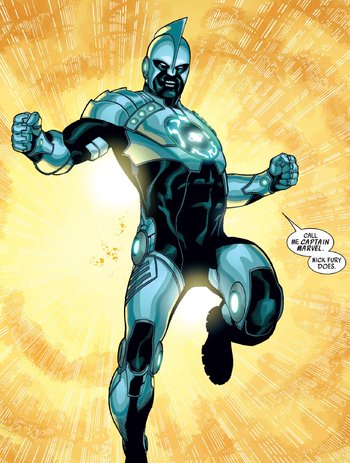 Finally, a guy whose powers are not related to the Super Soldier program in any way!
An alien of the Kree Empire, Voidnaught Mahr-Vehl was assigned to undercover work on Earth, pretending to be Dr. Phillip Lawson, a slightly ditzy NASA scientist. During his time on Earth, Mahr became attached to humans, and decided they were worth protecting for Gah Lak Tus, eventually unveiling himself with his superior officer Yahn-Rgg unleashed a Killform on Cape Canaveral, and sided with SHIELD in fighting the World Destroyer.
Nova / Rick Jones

A human teenager from Queens chosen by the Watchers to save humanity from a forecoming disaster, and given superpowers

The Watchers of the Universe
Super-Skrull 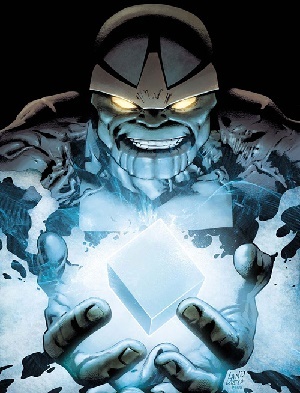 The founder and emperor of the Eternal Resurgence Empire who wants to restore the shattered-Cosmic Cube to bend all reality to his will.
The Silver Searcher