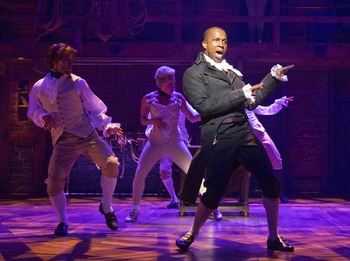 ♫ I've GOT to be...! (The Room Where It Happens!) ♫
A Crazy Enough to Work musical like Hamilton doesn't become a hit for nothing; the songs Lin-Manuel Miranda wrote for these historical figures may very well go down in history alongside them.