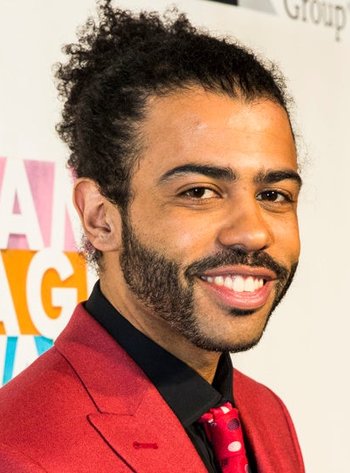 Daveed Daniele Diggs (born January 24, 1982 in Oakland, California) is an American actor, rapper, and singer from California. He started acting in theater and got his big break on Hamilton, originating the roles of the fast-rapping Marquis De Lafayette and the pompous Thomas Jefferson. Since leaving Hamilton he has had roles on shows like The Get Down, black•ish, and Unbreakable Kimmy Schmidt. Film-wise, he co-wrote, co-produced, and co-starred in Blindspotting, and has done a fair bit of voice acting.

In addition to acting, Diggs is also the vocalist for the group clipping., and is part of True Neutral Crew.