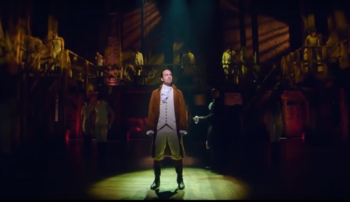 His ship is in the harbor now, see if you can spot him!
Another immigrant comin' up from the bottom!
-Aaron Burr, "Alexander Hamilton"

As a musical about a number of amazing historical figures, it's only natural that Hamilton would have its share of awesome moments.