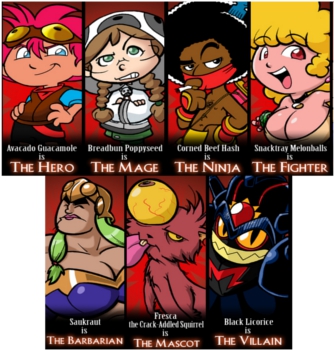 An epic quest... with BOOBIES!
Advertisement:

The Last Mystical Legend Of The Fantastic Fantasy Trigger Star (almost always shorted to "Trigger Star") is a parody/fantasy webcomic by Interrobang Studios.

The comic ceased updating in 2012 with no ending. And with the domain now expired, is all but confirmed to be a Dead Fic.