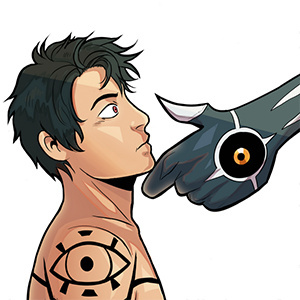 "Okay so. My friend of two years and bassist—works with supers. I died bringing this guy chicken and now I'm some sort of undead monster and now I have to go see this 'Witchmother' escorted by supers?"
Advertisement:

It can be found on Tapas