Webcomic / Monsters Can Be Heroes Too 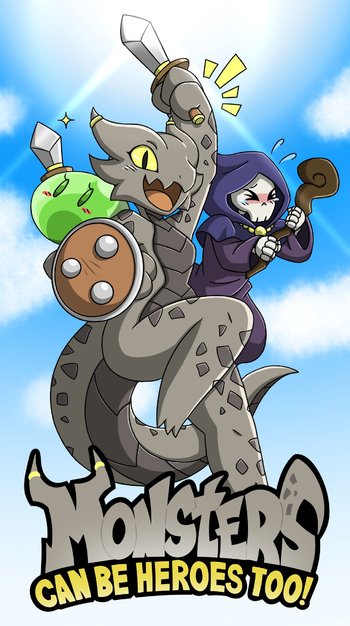 Lime, Coal, and Shelly are (probably) ready to be heroes!
Advertisement:

Monsters Can Be Heroes Too!

is a Webcomic by Rakkuguy

, starring three adorable monsters who become an adventuring party: Coal the Kobold, Lime the Slime, and Shelly the Skeleton.

The comic is currently on hiatus due to the artist having financial difficulties and later due to a breakdown caused by getting doxxed.