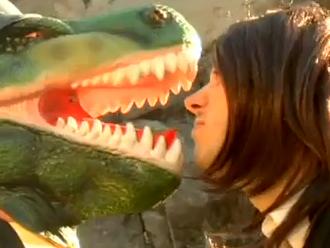 is a Web Video short by The Duncan Brothers.

In a remote desert setting, two rivals, the titular protagonist and his arch-nemesis Corporal Tyrannis, meet and decide to settle their differences for the last time.

Despite being only nineteen seconds long, it manages to squeeze in lots of tropes, especially ones belonging to the Rule of Cool department.

This short unleashes the examples of: