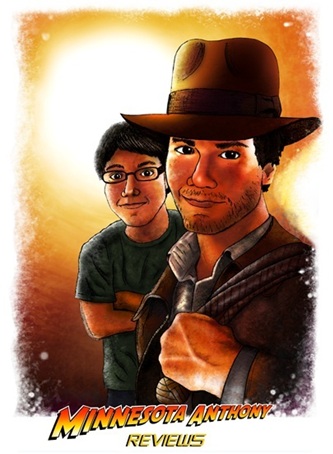 Have the adventure of your life, keeping up with the Anthonys...
"If adventure has a critic, it must be me."
—Minnesota Anthony
Advertisement:

Minnesota 'Minny' Anthony and his identical twin brother Donny are two brothers on rather poor terms with each other, who review adventure films. One is a fan of Indiana Jones and all things... adventurous, while the other is a gleeful troll who insists on inserting himself into every review just to get on Minny's nerves. Hilarity Ensues.

Starring Jonathan Anthony, who achieved small notice with his impressions of Heath Ledger's Joker on YouTube, the show was originally intended to review adventure films, but for "Special" episodes he branches out into different genres. The show has received relatively positive feedback, and only looks to become increasingly popular. Currently in the middle of a big hiatus thanks to Anthony having some shake-ups in his life, but he has promised to return when it is all sorted out.