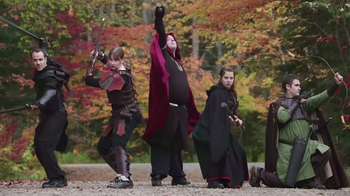 LARPs: The Series is a 2015 web series created by Beanduck Productions and sponsored by Geek & Sundry revolving around a group of LARPers in their everyday lives.

The prologue can be watched here

LARPs: The Series contains examples of: