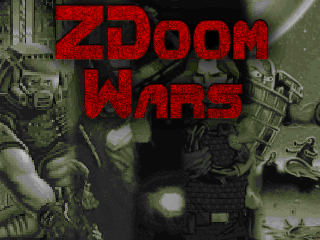 From the fast offspring of mods and games based on Doom, they now go full circle to be all combined again: Doom, Heretic, Hexen, Chex Quest, Strife and more (depending on the server) are added together in one big total conversion mod that creates an entirely new form of gameplay within the already varied doom universe.

The set-up is simple. You select one of the series and you are spawned at the beginning of the game with the protagonist of that game. Once you're on the field, you have to hunt down and kill your opponents in a Last Man Standing game round. The trick is not to fight with weapons, but to command an army based on the faction you've chosen.

The general way of playing ZDoom Wars is with Skulltag