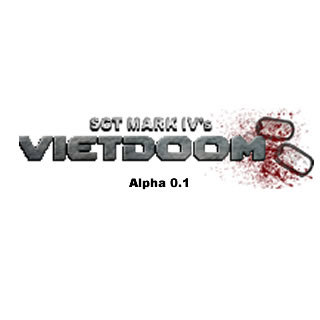 Several decades ago, Sergeant_Mark_IV of Brutal Doom fame (or infamy, depending on who you ask) played a game named NAM. It wasn't very good (even for the time), but the young Brazilian was intrigued by the idea of an old-school FPS in a pixilated jungle and considered make a Doom mod set during The Vietnam War. Fast-forward to 2019, an untold number of hours sunk into Rising Storm 2: Vietnam has rekindled his desire to make such a mod.

As the name would suggest, VietDoom is a total-conversion Doom mod set during the Vietnam War (1968 and onward, to be precise) and puts you in the boots of an alternate Doomguy doing things a US trooper during that conflict would be doing: Ambushing convoys, rescuing POWs and downed pilots, incinerating NVA and Viet-Cong with a well-coordinated napalm strike, that sort of thing.

Here's where you can get this mod.