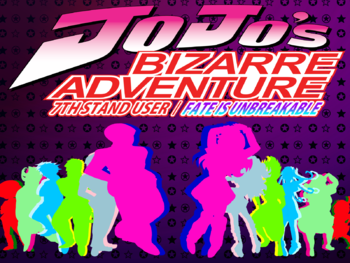 is a fan-sequel to a fan game called JoJo's Bizarre Adventure: The 7th Stand User.

While FiU is not an official JoJo's Bizarre Adventure project, the creator of the original game, Clayman, has given her blessing to the developers for a sequel to be made. Info on the first game can be found here