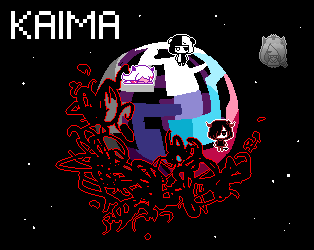 KAIMA is a short RPG Maker game by NomnomNami. It's a bit different from her previous games in that the setting is darker and it features combat more prominently. The basic story is that the titular world of Kaima is being destroyed by the usurper, Prince Vido. You play as Searina, a little pink demon who is thrust into the whole thing. She quickly meets Illi, a friend of Princess Ezel who wants to avenge her death at the hands of Vido. Together, it’s up to them to save the world.