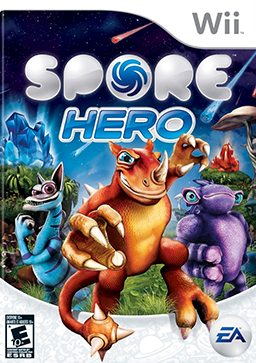 Spore Hero is a spin-off of Spore for the Wii, only focused more on adventure and the evolution aspects of Spore. It was released Oct 06 2009.