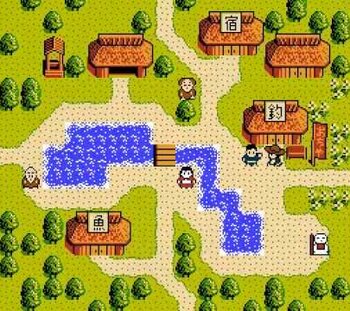 River King (Kawa no Nushi Tsuri, lit. Fishing the River Master), also known as Legend of the River King and Harvest Fishing, is a series of role-playing video games based around fishing. The games have been developed by Pack-In-Video, Victor Interactive Software, and Marvelous Interactive.

The plots of River King differ from game to game but the general end goal is the same: to capture the River King.

The series has a spinoff called Umi no Nushi Tsuri which is based around saltwater fishing.

Games In The River King Series:

Games In The Umi no Nushi Tsuri Series: