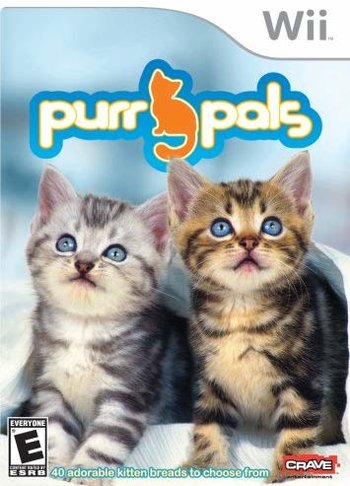 Purr Pals is a series of virtual pet games on the Nintendo DS, Wii, and Nintendo 3DS that is very similar to other pet simulators such as Nintendogs and Petz. As its name implies, the player is tasked with taking care of a Cute Kitten and playing games with it. The first game was released on the Nintendo DS in 2007 and received a Wii port the following year. The 3DS sequel, Purr Pals: Purrfection, was released in 2012.