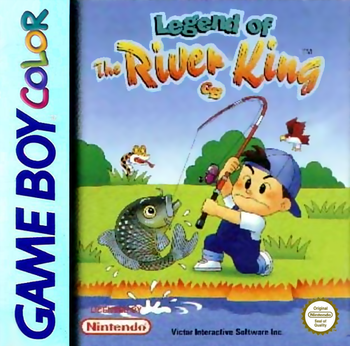 Legend of The River King is a fishing game made by the same people that brought you Harvest Moon/Story of Seasons. It's a part of the River King series.

The plot is this: a young boy (That's You) must find the elusive Guardian Fish. Only with its magical powers can he save his sister from a mysterious illness.

Legend Of The River King contains examples of: