A completely inept crocodilian Cloud Cuckoo Lander Evil Overlord?
Made Of Axes, on me.
If the art form is at all involved with the poop-scooping, I say we should leave it dead.
Tobias Drake, responding to a typical post of mine.
You are a strange, strange thing, Aliroz.
Kraken. 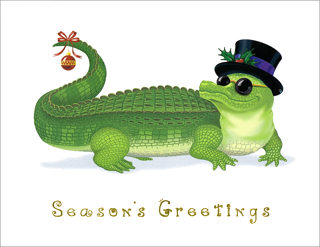 Books hats gators heat-powered prudish ALMOND ICE CREAM IS PURE EVIL hats. Hats mounted with ALMOND ICE CREAM-DESTROYING LASERS!
Aliroz The Confused, which is me, the troper writing this, is a Troper who likes to use "Alice and Bob" as a thesis. Quite gullible and easy to confuse, hence the "Confused" in the name.
Advertisement:
Cloudcuckoolander, Ditz (Genius Ditz, but only on some things, and only after much research), has Attention Deficit... Ooh, Shiny!, with a tendency for Completely Missing the Point and rambling on and on, but can do something quite well, once they pay attention. Splitter, and a member of FORKS.

Also notable for always wearing a Nice Hat, also tends to theorize a lot. Some people like to theorize about this individual at ATC's WMG page.

Tropes that apply to ATC:

Tropes Applied to ATC by Tropers:

Settings I want to write stories in / Characters and plots I want in my stories.
I want to write a series where Geoffrey Chaucer is the Kamina to William Shakespeare's Simon.

I also want to write a story set in a world where the libraries of Alexandria and Persia never burned down, and Alexander The Great was able to forge the empires of Greece and Persia into a single Empire with a single culture. Adn where Hero of Alexandria's steam engine, combined with the Persian knowledge of railways allowed them to make trains in ancient Greece and Egypt. A sort of steampunk-greecepersia-wildwildwest setting. And then I'd make a sequel series where India, Japan, and China combine as a single empire to fend off the Mongolian Golden Horde and succeed in both crushing the Mongols before they took all of Asia over, and stayed a single empire. Meanwhile, all the culture of North and South America would unite, and start colonizing Antartica. Meanwhile, Russia and parts of Europe would join the aforementioned greecepersia place, which is trying to develop air and space travel.

And then I'd make a sequel series where the America's discover India, Japan, and China before greecerussiapersiaeuropeparts and try to take them over, leading Indiajapanchina to discover and call upon the greecerussiapersia for aid. Adn then I'd have a bunch of complicated alliances and betrayals and wars, leading to a big techonology information wars race, which is only ended when the Aborigines arrive from Australia with their Printing Presses, and everybody goes all renaissance-spacetravel.

Advertisement:
The Nine Steps of stuff.
Step one: Is there a problem/goal/want/need? Step two: Have you talked about it. Step three: Now that you've talked about it, can you explain the problem/goal/want/need? Step Four: Now that you've explained the problem, can you explain the solution? Step Five: Is that solution workable (if not, redefine the solution). Step Six: What are you doing to fix the problem/accomplish the goal/get what you need or want? Step Seven: Have you succeeded yet (if not, either redifine the plan or keep trying)? Step Eight: Now you have succeeded! Step Nine: What are you going to do next:
Books I like.
The thoughts and stuff of ATC,
Way back when, when the written and spoken word were widely separate, enough that they could just about be called two different languages, there was a movement to make the written words more like the spoken words. It started, perhaps, with newspapers and their headlines, with their minimal space for words, where grammar was sacrificed and only the essential words were kept. Dead Duke Found In Stable! Or whatever fit the times, the headlines would say.

This line of words here makes the page look better.

Hi, I'm breaking the seal on your page. :p . Aliroz is a pretty cool guy. - elemcee

One such example is Jack Fenton, from DannyPhantom; I've always sympathized with him, since, even though the show makes him out to be a bumbling, comedy-relief idiot, he's really not. He and his wife are largely responsible for opening up a portal to the netherworld, and he's constantly shown tinkering with ghost technology. His best friend is actually his worst enemy, although he doesn't know it until the Grand Finale, which is. . .a little odd, given how smart he ought to be. I realize that he's mostly played for laughs, naturally, but frankly I find that there's so much that could have been done with the character that wasn't. . . . I mean, he must have been through a lot of stress in his life, given everything, yet he's constantly seen being happy and excited. I can only wonder at how he really feels toward everything, or how deep a character he could be if written properly.

Sorry if that turned out kinda long. . . . I guess I'm kinda in a forum-board mode. ;P So who's your favorite fictional character? :)