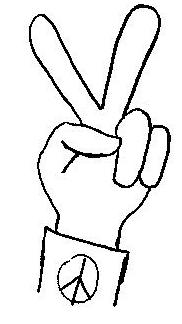 Anyway, she's your normal(-ish. . . . This is TV Tropes, after all) anglophone teenager from Montreal, Quebec. She's a Liberal Arts student who quite enjoys reading and writing but mostly just wasting her time on the Internet. On the upside, at least she's not the only one.

I'm notable on the wiki for always capitalizing and punctuating trope titles properly in pages (i.e., The Call of the Wild, not The Call Of The Wild) and writing her ellipses like so: ". . ." (plus an extra period of it's at the end of a sentence). I also tend to go off on tangents a lot (in my head, that is). I'll be thinking of something, hit onto another topic, think about (intemallectually, natch), and then forget what I was thinking about in the first place.

I embody the following tropes:

. . Come to think of it, there are probably more, but I can't think of any right now.

Work on the Wiki

Here you can write stuff to me. If you want to, that is. (/fame whore)

. . .Speaking of which, "Hoar" is a bona fide last name, as in Leonard Hoar, one of the presidents of Harvard. Imagine if there was a family with that last name and they called their daughter "Cameron". . .everyone would call her "cam whore".

Note to self: Do not call marry man named "Hoar" and call daughter "Cameron".

Oh, and did I mention I like going off on tangents?

So yes. Basically, my point is, here's where you can write on my wall. I'll occasionally write on other tropers' walls, so if you want to write on mine. . . . (hint, hint)