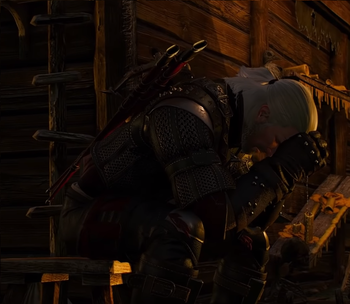 Certified My God, What Have I Done? moment right there.
For Geralt, his life is all about making hard choices and living on with it, even if it's a hard pill to swallow. The same can be said for other Witcher characters as well. White Orchard
Advertisement: