"U R about 2 WiTnEsS a real, live MURDER on television!" 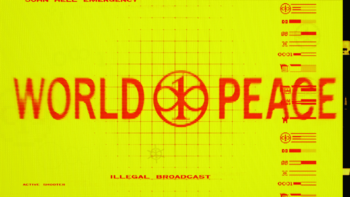 Please Watch All The Commercials Multiple Times, THank You.
World Peace is a sketch comedy series created by Million Dollar Extreme, which aired on [adult swim] in 2016. The show was embroiled in controversy for its entire run, including other Adult Swim content producers petitioning against the show (such as Brett Gelman and, allegedly, Tim Heidecker), as well as allegations from anonymous sources of "coded racial messages, including swastikas" being found in the original cut of the show by Adult Swim and removed. Amidst this, the show was cancelled after the completion of its first season. Prior to that, the show gained a cult-following.