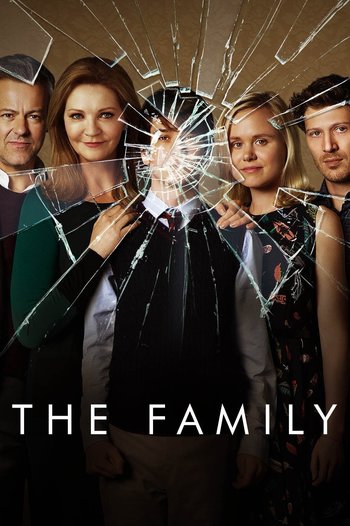 The Family is a 2016 ABC TV drama.
Advertisement:

Adam Warren, the ten years missing (and presumed dead) son of the mayor of Red Pines, Maine, reappears at a police station one night. His family, consisting of his mother, Claire; his father, John; his older brother, Danny; and his older sister, Willa; are seemingly delighted to have him back. Unfortunately, his return is met with skepticism by some; and slowly things begin to unravel.

Due to low ratings, the show was cancelled after only one season.

The Family contains examples of: