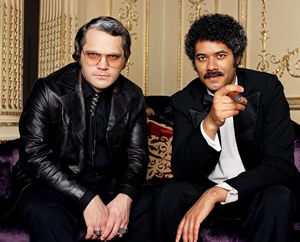 Similar to Knowing Me, Knowing You with Alan Partridge but played more like a late-night 'culture' show than a prime-time showbiz extravaganza.