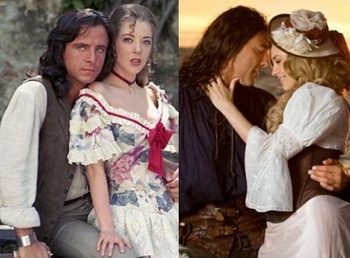 Corazón salvaje ("Wild Heart") was a novel written by prolific Mexican writer Caridad Bravo Adams and published in 1957 after it had been adapted to the screen the previous year.

The story takes place in Martinique in 1903 and describes the life in the Caribbean of Juan del Diablo, a boy who grows up to be a pirate (while Renato, his half-brother goes to study in France), and Monica and Aimee, two sisters who fall in love with him.