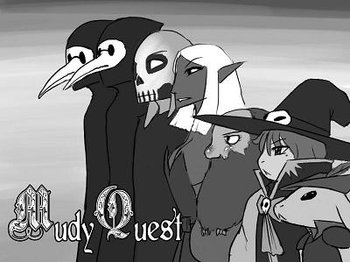 An imageboard-based RPG styled as a text adventure, similar in style and pace to the game to start the genre, Ruby Quest, created and run by a man who goes by the name "Reaver".

It begins with a kobold named Mudy awakening within a small box. He is teleported to a world of fantasy, and promptly sets out to claim a kingdom as his own. It only gets better from there.

The archives can be found here

. WARNING: Some of the threads there contain some NSFW material.