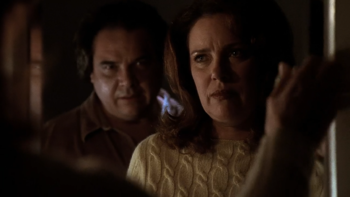 Now you see Robert...
Written and directed by John Shiban
Reyes: In prison, this being, this person, whatever you want to call him, he acted as if he were protecting Bob Fassl.
Doggett: Protecting? How, by getting him locked up in prison in the first place?
Reyes: So either he's doing Fassl's bidding, or Fassl's doing his.
Advertisement:

Robert Fassl (W. Earl Brown), a serial killer who Doggett helped put away back in his NYPD days, is released after fresh DNA evidence exonerates him. Scully notes that although the DNA doesn't match Fassl, it suggests the actual killer was a blood relative — which is odd, because Fassl has no living blood relatives. 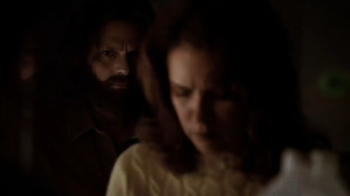