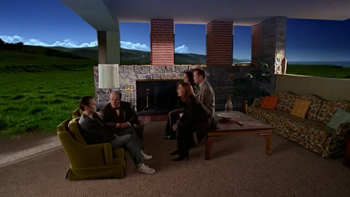 Reality can be whatever he wants.
Written and directed by Vince Gilligan
"What I witnessed was Freaksville, man! My friend was murdered. Who would have thought this could happen at 'The Brady Bunch' house?"
— Michael
Advertisement:

The agents investigate a telekinetic loner (Michael Emerson) who is obsessed with The Brady Bunch.

"Well, here's hopin' the TV stays off and he learns how to love the real world."