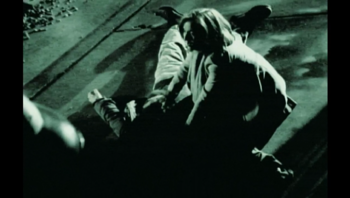 "They're watching."
Written by Chris Carter & Frank Spotnitz
Directed by Tony Wharmby
"This guy seems to know everything. He even reads your e-mail. How can you, or anybody hope to ensure for Mulder a safe passage home?"
— John Doggett
Advertisement:

Scully is approached by a man (Terry O'Quinn) who claims to have information about the super soldiers that he will only reveal to Mulder.