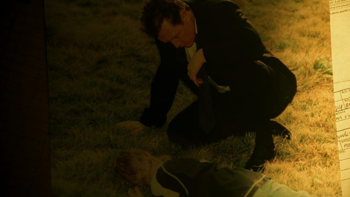 "If I sit with them for a long time, very quietly, they tell me things."
Written by John Shiban (Story) & David Amann (Story & teleplay)
Directed by Kim Manners
"Are you saying the same man that killed those women killed my son? This guy Regali?"
— John Doggett
Advertisement:

Doggett investigates a case that may be linked to his son's abduction and murder, with the assistance of a keen FBI cadet who may not be what he appears.

"Every problem has got a solution, right?"