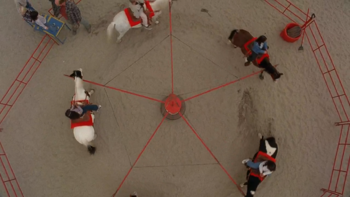 "Did anybody notice this? This symbol?"
Written by David Amann
Directed by Richard Compton
"Yes, he's a kid, Agent Doggett, you're right. He's a kid who materialized out of thin air, unaged. Do you not somehow recognize how strange this is?"
— Dana Scully
Advertisement:

Scully and Doggett investigate when a child reappears ten years after going missing, not looking a day older.

Doggett: Agent Scully, don't ask me to believe that this is some kind of justice from beyond the grave.
Scully: All I'm saying is that maybe you succeeded... whether you're willing to see that or not.