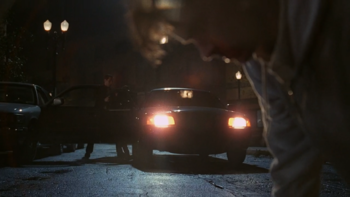 "They're afraid of its implications. That it could somehow be greater than them. Something... more human than human."
Written by Chris Carter
Directed by Kim Manners
"We call it the miracle of life. Conception: A union of perfect opposites - essence transforming into existence - an act without which mankind would not exist and humanity cease to exist."
— Fox Mulder
Advertisement:

Billy Miles, converted into an alien super soldier by his abduction, starts killing everyone involved in the alien hybrid experiments, and comes after Scully and her unborn baby.