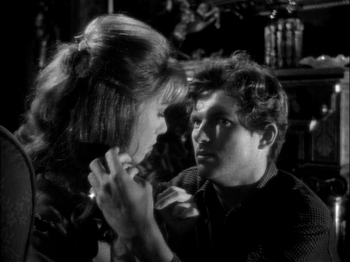 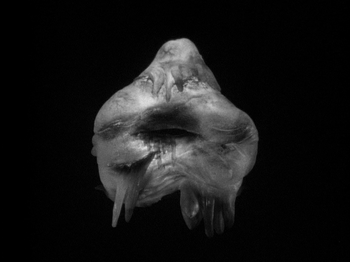 "Art could be man's destiny if there were no negative factors in the equation, but there are."
This episode has no Control Voice narration.

Dr. Ames (Burt Mustin), a wizened old man in 19th century clothing, is running through the woods, fleeing from a Victorian mansion. The structure is more than it seems, for when he turns back to look at it, the mansion transforms into a house-sized brain! Just as Ames collapses in the road, handsome young drifter Wade Norton (Geoffrey Horne) drives by and assumes that he hit the old man. As Wade heads to the house (which has resumed its normal appearance) seeking help, Dr. Ames silently implores him not to go, but it's too late. Once Wade is out of sight, the old man crumbles to dust.