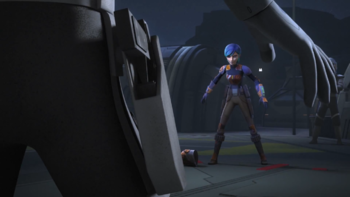 "This town ain't big enough fer the two of us!"
Needing a new hyperspace route to avoid the Empire, the Rebels seek out the Protectors, an independent Mandalorian faction that controls the Concord Dawn system.