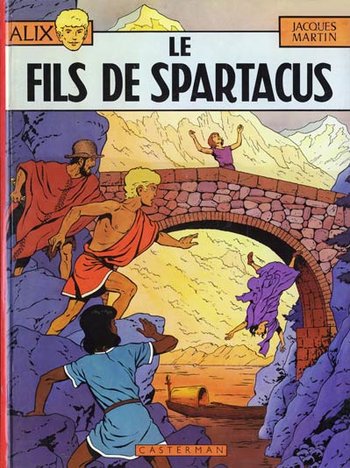 Le Fils de Spartacus (The Son of Spartacus) is a comic book by Jacques Martin. It was first published in Tintin magazine in 1974. Then it was published as a comic album in 1975. This is the twelfth episode of the Alix series.

Pompey the Great hears that Spartacus, the escaped slave leader, had a son and this son is still alive. Immediately, he orders his troops to catch him, because he thinks that this son could cause another slave revolt and Julius Caesar would ultimately take advantage of the disorder. So the son of Spartacus and his mother seek assistance from Alix to escape from Italy.