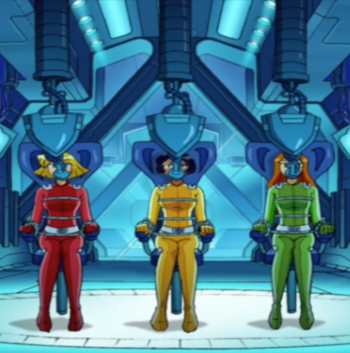 Yep, this program is totally designed for children ages seven and above!

It's a cartoon series Best Known for the Fanservice, what did you expect?

It's How You Play The Game

Spies On The Farm