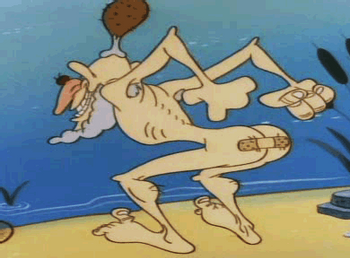 This cartoon set the bar for a lot of 1990s and 21st century kids' cartoons that don't want to adhere to the unwritten rule that cartoons are for kids, though, looking at most of these examples, the bar may have been set a little too high — at least by Nickelodeon's standardsnote If this were a Cartoon Network show, only 40% of the dodgy content actually would be a problem with the censors, though, given John Kricfalusi's reputation, even a permissive channel like CN would have to reign it in a bit.