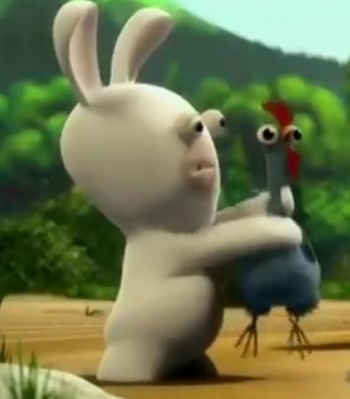 Why is he choking that chicken?