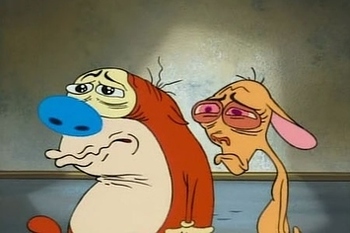 Even the most comical duo have their moments of despondence.

For a comedy show that's packed to the brim with gross-out humor and Comedic Sociopathy, Ren and Stimpy actually has moments that will make you cry.note Even when they're part of the gag, and/or are otherwise not supposed to.