Nightmare Fuel / Your Turn to Die 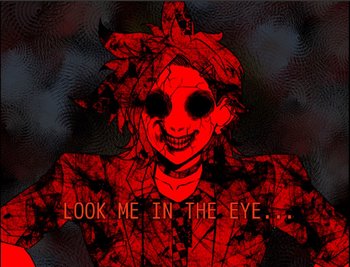 Your Turn To Die at a first glance appears to be just another Deadly Game suspense Visual Novel like Danganronpa or Zero Escape, but that very much does Nankidai's work a disservice... and vastly, vastly undercuts the sheer plethora of Adult Fear, brutally horrific deaths, and sanity-blasting horror to be found underneath it all.

WARNING: All spoilers ahead are unmarked, as per Nightmare Fuel guidelines!