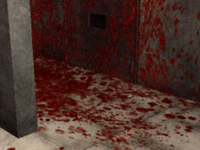 "Junpei knew in that instant that he would take the image before him to the grave."
Advertisement: