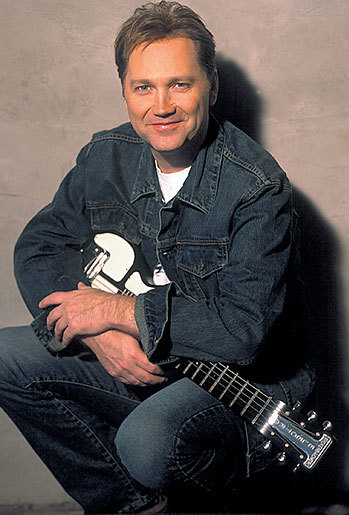 Self-taught at an early age, Wariner was discovered at age 17 by country singer Dottie West, who recruited him for her road band. He then toured with Bob Luman and Chet Atkins, who was then the president of RCA Records Nashville, and who signed him to a deal in the late 1970s.

While his first few singles faltered, he scored his first hit in 1980 with "Your Memory", which led to Atkins firing him from his band. Wariner's career on RCA accounted for two albums which amassed a total of eleven singles, but only one — "All Roads Lead to You" — went to #1 on the Billboard country charts.

A move to MCA started a radio hot streak that lasted throughout the end of the decade. While sales were not exactly stellar, he amassed eight more #1 hits in this stretch and several more Top 10s, building a mellow, understated, guitar-driven blend of country pop. Unlike most acts of his day, Wariner was allowed a high level of creative control, often writing and selecting his own material in addition to playing lead guitar.

The 1990s saw a shift to Arista Records Nashville for his first gold album, I Am Ready, buoyed by a cover of Bill Anderson's "The Tips of My Fingers". However, followup releases fizzled out and it seemed his radio career had ended.

...then in 1997, Wariner began focusing more on his songwriting, which led to hit singles by Clint Black ("Nothin' but the Taillights"), Garth Brooks ("Longneck Bottle", which also featured Wariner on backing vocals and lead guitar), and Bryan White ("One Small Miracle"), along with an unexpected success duet with Anita Cochran on "What If I Said". These led to him being picked up by Capitol Records for two commercially successful albums, Burnin' the Roadhouse Down and Two Teardrops. The former included his most commercially successful and most award-nominated song "Holes in the Floor of Heaven". While the hits soon died again, Black returned to the Wariner well for the duet "Been There", and Keith Urban cut "Where the Blacktop Ends". Since then, Wariner has continued to record on his own SelecTone label.