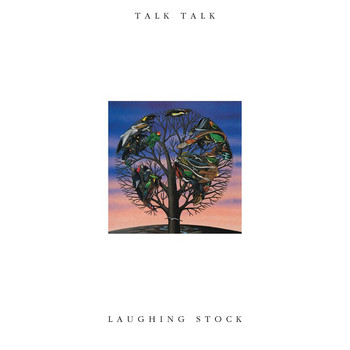 Shake my head, turn my face to the floor...

Laughing Stock, released in 1991, is the fifth and final album by British group Talk Talk, embarking on an even further departure from their Synth-Pop/New Wave Music beginnings that began with their previous album, Spirit of Eden, and letting their jazz influences and experimental leanings shine through. The album is sometimes referred to as being a Mark Hollis improvisation session with a bunch of guest artists: bassist Paul Webb left the band prior to recording, and Hollis hired a large ensemble for recordings (to put it into perspective, the amount of violists featured in this album is seven).

The album sold moderately well in its native UK, peaking at No. 26 on the UK Albums charts, but missed the Billboard 200 entirely and never sold well enough to earn any certifications. The album was also somewhat criticised by viewers as being self-indulgent and pretentious upon release, though others praised its haunting tone and musical experimentation, with Melody Maker listing it as the 12th best album of 1991. The album's acclaim exponentially increased in the years since, though, and it is now recognised as one of the Trope Makers for Post-Rock, alongside Spirit of Eden and Slint's Spiderland. While Talk Talk would break up and go their separate ways shortly after its completion, Laughing Stock still generates praise and respect among critics, being widely considered one of the greatest albums ever made. As of 2020, the album sits at No. 492 on Acclaimed Music's list of the 3000 most critically lauded albums of all time.

Laughing Stock was supported by three singles: "After the Flood (Outtake)", "New Grass", and "Ascension Day", all of which were released solely as part of an elaborate Boxed Set compiling the three together across three CDs (a 10" acetate of "After the Flood (Outtake)" and a promo 7" of "Ascension Day" were put out, but these specific releases weren't made available to the public). These singles and their associated B-sides (most of which are just other tracks from the album) were later collected alongside a solo piano instrumental by Hollis on the scarcely-distributed and now out-of-print Missing Pieces compilation in 2001, released to commemorate the album's tenth anniversary.

Reckon tropes see us the same: